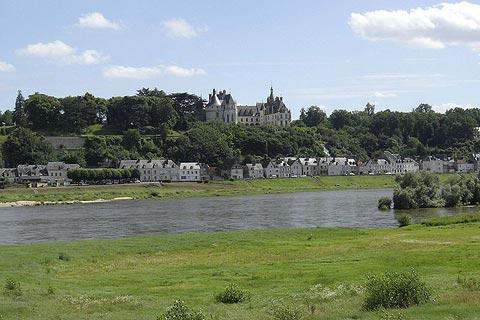 The Loire Valley is not an official region of France: the official name for this part of France is the 'Centre' region - not a very attractive or useful name, and one that many who live here would happily change. Some of the more westerly chateaux also fall in the eastern part of the Pays-de-la-Loire region.

The Centre region covers a large part of central France, falling to the south of Paris and stretching from Chinon in the west across to Sancerre in the east, on the border with Burgundy. Most of the 'famous' castles are in the western half of the region, above all near the Loire River and downstream (south-west) from Orleans.

You will often see reference in tourist information to 'Val de Loire' (or 'Val du Loire'), which is French of course for 'Valley of the Loire'. Likewise on this site we don't concern ourselves much with the official region name, preferring to simply use the term 'Loire Valley'.

The section of Loire river that falls between Sully-sur-Loire and Chalonne is now listed (and protected) as a UNESCO World heritage Site. In the listing the region along the river is described as "...an exceptional cultural landscape of great beauty, comprised of historic cities and villages, great architectural monuments and lands...". We couldn't have put it better ourselves!

For your reference, the Centre region of France can also be sub-classified in two ways:

These historical regions of the Loire are often referred to in tourist brochures in preference to their modern counterparts:

The current departments, as established after the French revolution and often using the names of the rivers that run through the departments, are: