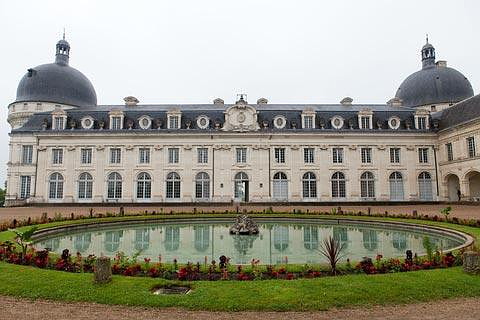 The Chateau de Valencay is located a little to the south of the 'main' Loire valley, between Loches and Bourges. It is in the commune of the same name and in the Indre department of France, and is certainly one of the most attractive Renaissance castles to be found in the region.

Easily recognisable by the turreted towers that stand in two of the corners of the castle, the castle also has a substantial tower. As is common with Loire Valley castles the style glances back at medieval defensive styles but owes more to the decorative renaissance style. It's use of columns meanwhile pre-empts the later French classical style...

Inside, the castle is very extensive and finely furnished in the rich French empire style. Apparently there are at least 100 rooms in the chateau - many related to the history of the chateau and Talleyrand (see 'history' below). 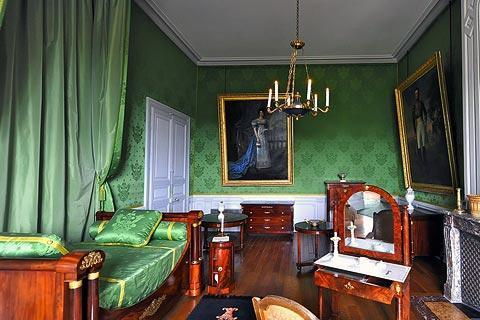 Note; the substantial west wing was added later, in the 17th century - this wing now houses two museums dedicated to Talleyrand and to vehicles.

The gardens are as much a highlight as the castle, well maintained and extensive.

Valencay was constructed in 1540 on the site of a demolished earlier castle - by a certain Robert d'Estampes - a project which was to occupy his family for the best part if 200 years.

Its most famous inhabitant was John Law, the Scottish banker, who acquired the property in 1719. (John Law was acclaimed as a financial genius, who launched the first national bank in France and then arranged large investments in Mississippi in the new American colonies. This scheme then turned out to be one of the first 'speculative bubbles' the world of finance was to see, leading to a general financial collapse across France and John Law's exile.) 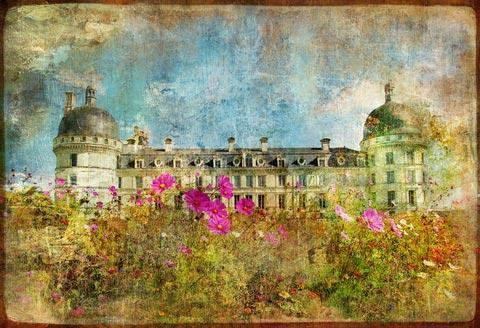 Later still, after the revolution and on the orders of Napoleon, the castle was purchased in 1803 by the diplomat Charles Maurice de Talleyrand

During the Second World War the château was spared by the occupying German forces because the owner at the time, the Duke of Valençay, managed to establish that he was neutral, in his guise as Prince de Sagan. A happy technicality because as a result certain important treasures that had been removed from the Louvre for wartime protection were kept safely at the Chateau de Valencay instead.

The castles of Chaumont, Cheverny and Blois lie a little to the north of Valencay and all merit a visit. Blois is a very pleasant town and makes an excellent base for visiting the Loire Valley and its castles.

Map of Chateau de Valencay and places to visit

Map of Chateau de Valencay and places to visit