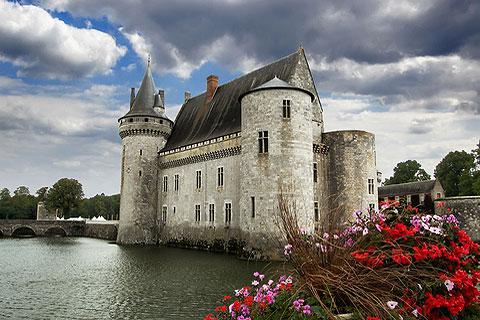 Sully-sur-Loire is situated to the south-east of Orleans, a little outside the region most famous for the 'Loire Valley Chateaux'. The famous castle is located inside the city, on the left bank of the Loire.

The outside of the chateau has four very prominent cylindrical towers, which flank the rectangular keep. To the west there are the towers called "Nouvion" and "Villebon", while to the east there are the "Chapelle d'Anguillon" and "Verrines". The gateway to the south is flanked by two cylindrical towers formerly accessible via a drawbridge which rose over a moat that is now filled in. A door in a square tower is the main access to the castle.

The Donjon is located in front of a large quadrangle (the "lower court"), close to two round towers; those to the south-east date back to the fifteenth century, built over the remains of an older tower, while the “Tower of Béthune” , with walls of a thickness of about 5 metres, was built at the time of Maximilian Bethune to house the guns. 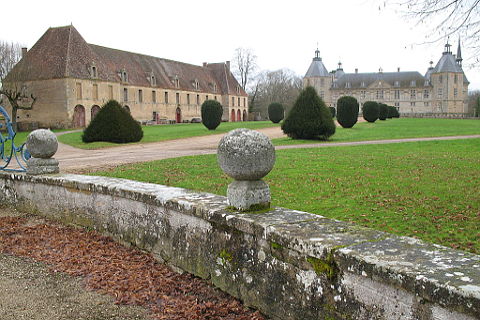 In the ground floor of the castle are the kitchen, pantry and the dining room. The floor above is the main living quarters and houses elegant rooms decorated in mostly 18th century style. There are various rooms including a sitting room, antechamber, bedroom and bathroom. The Great Hall and King's bedroom are in a wing on the side and contain paintings of various descendants of the Sully family.

On the second floor is the garrison room with its huge timber framed roof and also the rampart walk, once used to defend the castle. The different floors within the castle are connected by a spiral staircase located in the tower to the southeast of the entrance.

Around the castle is a great park crossed by canals that were dug by Maximilien of Béthune, in order to help protect the castle against possible floods from the Loire.

During the French Revolution part of the walls of Chateau Cully-sur-Loire were dismantled and over the years the castle suffered a marked deterioration. Belonging to the Dukes of Sully until the twentieth century, it was subsequently purchased by the Department of Loiret. Between 2006 and 2007 the Castle was the subject of major restoration work, which allowed its opening to the public in 2007.

After visiting the castle a nature walk along the banks of the Loire is recommended.

The town of Sully-Sur-Loire and its ancient "Castrum" of Roman origin are recorded in some documents dating from the twelfth century, as "Soliacense Castrum", as well as “Soliacum”.

We have no reliable information about the earliest period of the City of Sully, apart some documentary and numismatic evidences, but we know that the city was once surrounded by walls and Charles VII (1403-1461) went from here with Joan of Arc (1412-1431), to go to Reims.

Sully-Sur-Loire experienced difficult times during the religious wars and it was besieged many times, and even under the reign of Louis XIII (1601-1643) it was involved in fierce battles.

The Abbaye de Fleury at Saint-Benoit-sur-Loire is a key destination in the area as is the Chateau de Gien in the town of Gien.

Map of Chateau de Sully-sur-Loire and places to visit 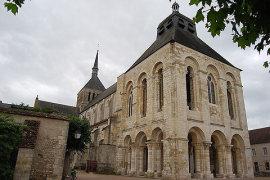 Saint Benoit sur Loire is most visited for the Abbey of Fleury built in a striking mixture of Romanesque and Gothic. 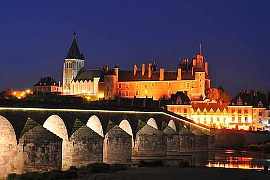 The castle of Gien dominates the village, and Gien is also well known for its faience.